REPORT 2021/I — Ideological acceleration against life 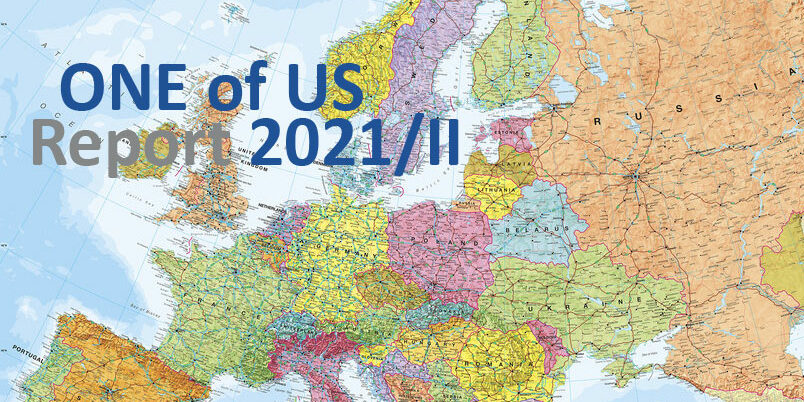 In Spain, the implementation of the government’s radical ideological project fundamentally attacks human life. This project aims to blur human dignity and assimilate it to the animal, to devalue the natural family, to make education a space of indoctrination, to intervene in social life by attacking the freedom of citizens and bodies intermediate social. The government and the media have opened a real general plan of action against the Catholic Church through two clearly manipulated channels: the registration of Church property and the investigation of cases of pedophilia.

These ideological plans that seek to end our society, and that propose a very diverse one based on radicalism, are being developed through 368 normative proposals, divided as follows: • 11 Organic Laws • 276 royal decrees: royal decrees are conceived for situations of extreme urgency and need, but here they become the usual way of legislating, stealing social and parliamentary debate.

1. Family Diversity Act. This law establishes the different types of family that will be considered, and which cover almost all types of coexistence, relegating the traditional family to a practically marginal space.

2. Organic Law amending Organic Law 2/2010, of March 3, on Sexual and Reproductive Health and Voluntary Termination of Pregnancy. The famous abortion law announced by Minister Irene Montero provides for the possibility of abortion for 16-year-old girls without the consent of their parents.

4. Law for the real and effective equality of trans people and for the guarantee of the rights of LGTBI people.

6. Royal Decree amending Royal Decree 124/2007, of February 2, which regulates the National Register of Prior Instructions and the Personal Data File after the entry into force of Organic Law 3/2021, of March 24, regulating the ‘euthanasia.

7. Royal Decree regulating the organization and operation of national registers in the field of medically assisted procreation.

10. Organic law against racism, racial discrimination and related forms of intolerance. It will be a tailor-made adaptation by the Spanish government of the famous “woke” movement.

11. Organic law for the comprehensive fight against trafficking in human beings and the protection of victims. In the organic law, it is planned to include prostitution.

12. The penalty of up to 5 years in prison for pro-life groups who pray near abortion centers. This law has already been approved by Congress and is currently being reviewed by the Senate. One of Us and several pro-life organizations have filed an action against this law in the Senate with senators from the political groups PP and VOX.

Events in Ukraine could change the pace of legislative projects in Spain. It is too early to know in what way and how they will be changed, but there is no doubt that a general change of direction in this process of social engineering is not foreseeable.

Major issues that affect the dignity of the human person will be included in legislation scheduled for 2022.

Euthanasia.A group of pediatricians have written a research report on end-of-life medical decisions for children aged 1 to 12 years. A bill is currently pending, but it is certainly not off the agenda. The discussion on euthanasia for patients who, although they have no physical or psychological problem, feel that their life is “done”, will resume when a new government is in place.

Abortion: A bill allowing general practitioners to prescribe medical abortion (mifepristone) is currently under discussion in parliament. Side-walk counseling by pro-lifers in front of abortion centers has been moved in most cities to places where it is impossible to get in touch with women who have an appointment. you for an abortion. A bill to remove the 5-day waiting period after the first visit to the doctor to request an abortion is currently under discussion in parliament.

Embryo research: The evaluation of a study with proposals to include, among others, human germline genetic engineering is pending, but will surely be on the agenda this year, with the new government.

The bioethics law was promulgated in the Official Journal (JO) in the heart of summer, on August 2, 2021. It validates major bioethical transgressions: PMA for homosexual and single women, access to origins without the possibility of establishing filiation with the parent, filiation with regard to two mothers, research on the human embryo up to 14 days, the liberalization of research on human embryonic stem cells, the creation of chimeric embryos, the trivialization of late abortion.

A name for children born lifeless: Positive information: Parliament votes on the possibility of giving a family name to children born dead. On November 26, the National Assembly passed a bill aimed at “naming children born dead”. A registration that can be made at the “request of the father and mother”. About 8,000 children are born dead each year. But “in the absence of legal personality, the law did not recognize these children socially, any more than it did not recognize perinatal bereavement.

Strengthening the “right to abortion”: UA bill, tabled in 2020 by an environmental MP, aimed at “strengthening the right to abortion” is coming up for discussion in Parliament. This proposal is part of a French context which, since 2013, has constantly sought to promote abortion as the only response to an unwanted pregnancy or which would occur in an economically or emotionally complex context. The text provides for extending the legal period for recourse to abortion (voluntary termination of pregnancy) to 14 weeks of pregnancy (against 12 until then). Officially, “to respond to abortions performed abroad”. The law also plans to authorize midwives to perform voluntary surgical terminations of pregnancy and to list in a database the professionals performing abortions, with their consent, as more doctors refuse to do so, and to remove the two-day cooling-off period. On the other hand, a major provision has been discarded: the abolition of the conscience clause for doctors, specific to abortion. Initially opposed to the extension of abortion to 14 weeks of pregnancy, the government finally supported the text, with the political intention of marking itself on the left before the end of the legislature and the presidential election of 2022.

Adoption reform: the text of the law, tabled by the party with the presidential majority, opens up adoption to unmarried couples and to PACS couples. The objective is to put an end to “discrimination relating to the rules of union or homoparenthood”. For the right, majority in the Upper House (the Senate) but minority in the National Assembly which has the last word, it is a question of giving a child to a “family”, and not a family to a child. The law opens the door to unconditional adoption by the spouse of the biological father of a child born abroad through surrogacy.

Law on “conversion therapy”: parents disqualified: On December 14, deputies and senators reached an agreement on a bill aimed at banning “conversion therapy” for homosexual people. These practices aim to change a person’s sexual orientation or gender identity. For the child psychiatrist Christian Flavigny, these practices do not exist in France, “the ban aims to prevent any questioning, in particular by parents and health professionals, of the wish of adolescents wanting to change sex”.

4 / Synthesis Europe: a subjectivist vision of the truth

The legislative provisions in Europe during the year 2021, voted or under discussion, show that the individualist ideology which inspires them in the name of progress and the unlimited satisfaction of individual desires is draconian. By claiming to “frame” bioethical transgressions, state authorities only strengthen their power over the fundamental principles of law and bioethics. It is the universal conscience of man that is affected.