REPORT 2021/I – Despite the pandemic, priority to bioethical transgressions

You are here:
Rapports 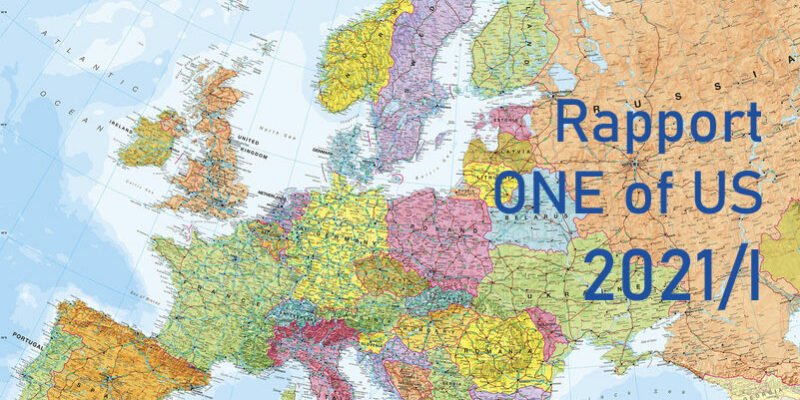 EUROPEAN NEWS is still dominated by the management of the health crisis on the effects of Covid-19. In France, threats to public freedoms arouse strong reactions: the obligation of a “health pass” aimed at making the use of experimental vaccines compulsory, some of which are made with human embryos, is less criticized by recourse to the authority of the State only by “the hygienist ideology which raises the sanitary to the rank of supreme and absolute value” (Chantal Delsol). What is most astonishing is that despite the extreme gravity of the health crisis and its consequences on the social, cultural and economic life of European nations, the bioethical bills aimed at broadening the scope of euthanasia, abortion and manipulation of the embryo are everywhere seen as priorities. Every day, the governments of the Old Continent set themselves apart every day from the principles and values of the European tradition and project.

The moral and political situation in Spain continues to deteriorate. The Popular Front government, the fruit of the alliance between socialists, communists and separatists, continues its project of national destruction. The last step was the granting of pardons to the leaders of the Catalan coup d’etat of 2017, against the criteria of the Supreme Court. The existence of a government which integrates the enemies of the Nation and the partisans of communist totalitarianism constitutes a serious anomaly, and not only a European one. Social harmony, achieved during the Transition to Democracy, is broken and, with it, freedom is threatened.

The social engineering project is also continuing. Among its latest advances are the following: 1 / the approval of the law on euthanasia which establishes the right to die and the duty to kill, without including the minimum legal guarantees to regulate its exercise and limits the right to death. conscientious objection by health professionals; 2 / the law which regulates transsexuality and allows minors to decide their sex without parental consent; 3 / the law on childcare where the State regulates the areas of the family, declaring itself the guarantor of the “promotion of equal treatment of boys and girls through co-education and the deconstruction of roles and stereotypes gender ”; 4 / the adoption of repressive legal measures against organizations that defend the right to life from conception to natural death.

The bill on historical memory has been approved by the Council of Ministers and will be submitted to Parliament. Its objective is to give public authorities the right to establish how historical events unfolded, in particular those linked to the civil war and Francoism. Ultimately, it is about enthroning the historical lie subject to the dictates of communist ideology. But even if these were not excuses for lying, governments do not have the power to determine what is true or false in the realm of morality, science, religion or religion. story. The bill contains a deadly attack on freedom of expression and education. It is totally foreign to the tradition of liberal democracy and is typical of totalitarian dictatorships.

In the Netherlands, major issues affecting the dignity of the human person are likely to be translated into legislation during 2021. These issues concern the expansion of euthanasia, abortion, research on embryo and gender issues.

Regarding euthanasia, three projects are under consideration. A research report on medical decisions regarding the end of life of children aged 1 to 12 was written by a group of pediatricians. A bill proposal is pending, due to the resigning status of the government. The text will be discussed in the new government, probably at the end of this year. Then, concerning Alzheimer’s patients, the Supreme Court considers that it is acceptable that a person who has signed an advance declaration of euthanasia can be euthanized without expressing his will, if he has a reduced cognitive function, such as dementia. . The government believes that the current euthanasia law includes cases like this and that a review is not necessary. Finally, the discussion on euthanizing patients who, although they have no physical or psychological problems, feel their life is “completed” (“completed” life), is still ongoing.

Regarding abortion and the unborn child, a bill to prescribe medical abortion (mifepristone) to general practitioners is currently under discussion. Side-walk counseling (the practice of talking to women going to an abortion center, Editor’s note), although no irregularities were reported, is still the subject of debate. A bill is introduced to remove the 5-day waiting period after the first visit to the doctor to request an abortion. In addition, the evaluation of a study proposing, among other things, the modification of the genome of the human germ line (embryos or gametes) is probably postponed to the end of the year, due to the resignation of the government.

After a long parliamentary debate, the bioethics law was adopted by the National Assembly on June 29. Unsurprisingly, the majority of deputies rejected all the amendments aimed at limiting societal and bioethical damage. In particular, the law authorizes assisted reproduction for homosexual and single women (article 1), access to origins without the possibility of establishing filiation with the progenitor (article 2), self-preservation of oocytes (article 2), filiation to with regard to two mothers (article 4), research on the human embryo up to 14 days, liberalization of research on human embryonic stem cells (hESC), creation of artificial gametes, copies of embryos humans (Articles 14 and 15), chimeric embryos, transgenic embryos (Article 17), the trivialization of late abortion (Article 20).

The resistance of civil society. A very important part of civil society, from childcare professionals, child psychiatrists, doctors, lawyers, philosophers … and the majority of the Senate opposed the transgressive headlong rush wanted by the government. Despite the magnitude of the health crisis, President Macron considered fatherless assisted reproduction and its consequences to be a societal priority. The opposition of the associations and their parliamentary representatives have nevertheless obtained the rejection of the post-mortem PMA and the PMA for transsexual people, of the ROPA method (“Reception of the oocyte by the partner”, a technique allowing two homosexual women to physically share the motherhood of the child conceived thanks to an egg donation between them) and the reason for “psycho-social distress” for the IMG.

The seriousness of these new measures has, however, revealed the combativeness and consistency of pro-life militant associations who believe that history is not over. The injustice of conceiving a child without a paternal line will eventually become obvious.

4 / Synthesis Europe: a subjectivist vision of the truth

At the base of all these initiatives is a subjective conception of the truth for deceptive purposes, using the manipulation of language – in what is called the “trans law” in Spain, widows are “surviving spouses”, future mothers are “pregnant parents” and a heterosexual person is cisgender – the principle of self-determination of desire if it corresponds to a certain view of the world, whether on a personal or socio-political level (historical memory), and the identification of everything that does not coincide with the dominant ideology as “problematic”.