Spain : Assessment of the draft modification of LO 2/2010 on abortion 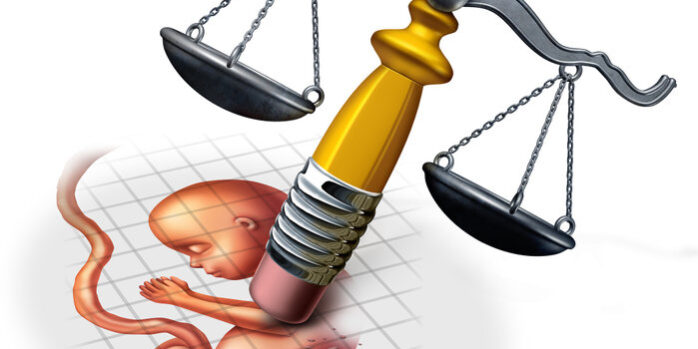 The draft modification of the LO 2/2010 considers abortion and contraception as a right by legal imperative, analogous to what happened with gender and LGTBI regulations. The following consequences follow:

1.- The public authorities will promote specialized care in the different stages of the life cycle, with special emphasis on childhood and youth (art. 5.2.e), and will generate public information promoting abortion, guaranteeing a simple and understandable itinerary, which includes access to information on the internet about public centers and a specialized telephone line (art. 18.bis).

2.- The portfolio of common services of the National Health System will have interdisciplinary teams with the main objective of promoting “sexual and reproductive health” (art. 5 sexies.2).

3.- A special temporary incapacity will be enabled for women who abort (art. 7.bis.e) and they will be provided with accompanying resources and specialized care (art. 7.bis.i).

4.- Barrier methods (which can be physical, chemical or mixed) may be distributed during sex education campaigns in ESO centers (art. 7.ter.c).

5.- Contraception is considered a matter of public health (art. 7.quater.c) for which both the financing from public funds of hormonal contraceptives will be guaranteed when they are dispensed in centers of the National Health System ( DA 3ª.1) as the free dispensing of emergency contraception (DA3ª.2).

6.- The content on sexual and reproductive health and rights will be part of the syllabus of university careers and oppositions related to legal, educational and social sciences (art. 8.2), and specific and appropriate training will be provided to health professionals ( article 8.1).

7.- The Spanish educational system will contemplate training in “sexual and reproductive health” that contributes to (art. 9.1): a) Promote a vision of sexuality in equality and co-responsibility. b) Recognition of sexual diversity. c) Development of sexuality with special attention to adolescence and youth. d) Prevention of diseases and infections. e) Prevention of pregnancy.

8.- Sexual affective education will be part of the curriculum throughout compulsory education (6 to 16 years) and will be taught by personnel who have received “adequate training” for it (art. 5.1.c and 9.2), guaranteeing a comprehensive approach to menstrual health with a gender perspective (art. 10.ter.a).[1]

9.- Minors of 16 and 17 years of age and women with disabilities will have the possibility of deciding about their own bodies, in coherence with what is established in the “international standards”[2] and they will not have to ask their legal guardians for permission to access the voluntary termination of pregnancy.

10.- The 3-day reflection period and the mandatory information given to women are eliminated. This information will be optional, at the request of the woman who comes to have an abortion.[3]

11.- Access to abortion in public centers is shielded, making the resource of going to private clinics the exception. With this same objective, conscientious objection is regulated, a fundamental and individual right of each professional,[4] without this preventing the effective right of women to decide on their bodies and creating an autonomous registry of health professionals who are conscientious objectors regarding direct intervention in an abortion, which must be declared in advance and in writing (art. 19 bis and 19 ter).[5]

12.- Public administrations: a/They will promote campaigns to raise awareness of the rights contained in this Organic Law for the entire population, including co-responsibility in contraception, the elimination of gender stereotypes in sexual relations and the promotion of “supposed” reproductive rights such as abortion, the promotion of “menstrual health ”, pregnancy, childbirth and the puerperium (art. 10 quinquies.1), with special disclosure in public media and in educational, social, health, cultural and sports centers (art. 10 quinquies.2; art. 25.1 ). b/ They will ensure that authorities, civil servants, agents and institutions (state and regional), as well as any others acting on their behalf, will refrain from violating the sexual and reproductive rights recognized in this Organic Law (art. 24.1). c/ They will establish adapted and appropriate services for the young population, promoting their participation in the development and comprehensive approach to sexuality (art. 5 sexies.3).

13.- The Interterritorial Council of the National Health System will approve the State Strategy for Sexual and Reproductive Health following a favorable report from the Sectorial Conference on Equality in order to meet the objectives of this Organic Law (art. 11.1).

14.- The Government shall promote reinforced collaboration with the Ombudsman at state, regional and local level (art. 11 ter).

Faced with this ideological interventionism against life, promoter of abortion and a certain sex education, supported by disinformation and manipulation, the defense of the life of the most vulnerable human beings constitutes a priority objective.

Therefore, initiatives should be promoted that propose a public alternative, accessible to all citizens who defend human life and dignity, which implies the need to properly train and inform the population, especially young people, in an anthropological conception of constructive and inclusive sexuality, respectful of the person and nature, that promotes truly free attitudes, in the face of this new order promoted by the United Nations, the European Union, and other power groups that promote social models that discriminate against individuals, suppress the weakest and try to weaken the family institution and, therefore, the social fabric.

And in this area, the affective sexual education of minors, future citizens, is essential, which becomes an urgent priority, both in the educational field and in public life, which requires the creation of alternative training projects to the official proposals described , based on an anthropology that respects and promotes the life of every human being, specifically that of the unborn, their inalienable personal dignity, integrating sexuality into their vital project, in a way that favors mutual respect and self-control, oriented towards personal relationship and donation as a true constructive vital project.

Finally, we must insist on the fallacy of establishing a supposed right to kill. Abortion is not a right, nor are euthanasia or assisted suicide. It violates the right to life, expressly recognized in the Universal Declaration of Human Rights, the Charter of Fundamental Rights of the European Union, and the Spanish Constitution.

[1] The so-called “adequate training”, offered by the Administration, presents a biased view of the person, their nature and their sexual dimension. It is therefore inadequate for respect for life and the dignity of human beings.

[2] It does not indicate what those “international standards” are. The State seems to interfere unjustifiably in parent-child relationships, that is, in the intimacy of families, in an unacceptable way. On the other hand, the future norm intends to regulate the autonomy of these minors when they are the ones who want to abort and there is opposition from the parents, but it does not cover the opposite situation in which the minor decides to continue with the pregnancy and it is her parents who want to convince her to abort. If autonomy is regulated in one case, it should also be regulated in the other.

[3] It is very serious, in our opinion, that the right to information is limited, given that, although every patient has the right to renounce information, this does not exempt the doctor from duly informing him, at least, of the most important points of the speech, especially on a subject as important as this. In other words, it is not limited to including in the clinical history that the patient does not want to be informed, without further ado. This could entail the risk of transferring all responsibility for the decision to the minor without sufficient knowledge of the cause. It supposes an attack against the right of autonomy of the patient, who, in this way, cannot grant an INFORMED consent.

[4] It should be remembered that health personnel have the right to conscientious objection in the case of abortion. And it has since the STC of April 11, 1985 in its Fourteenth Legal Basis, and specified and developed in article 19 of Law 2/2010.

[5] In its first part, it intends to “shield access to abortion in public centers.” One would have to ask why the legislator has that intention. Perhaps the second part of the paragraph gives us a clue: the conscientious objection of health personnel, although it speaks rather of a “fundamental and individual right”. The legislator sees here, then, a clash of rights between the woman who wants an abortion and the objecting doctor. Such a collision is intended to be resolved by shielding access and creating a registry of objectors, we understand that it is public, although it does not say anything about it.

Half-lies can be more dangerous than lies
4 June 2021