The deconstruction of nature: an anthropological crisis

You are here:
Uncategorized 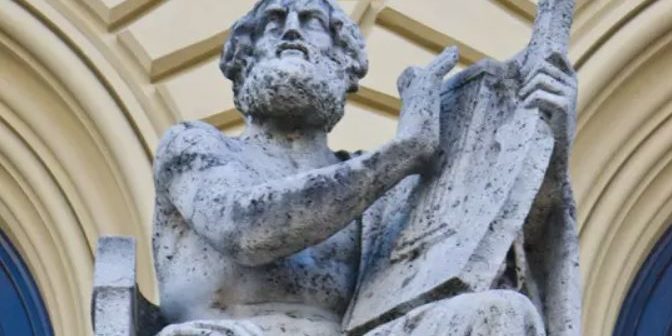 I would like to introduce the aim of my talk with reference to The Iliad.  As we are discussing European culture and the awakening of intelligence, I feel that this reference is a rather apt one.  The passage in question takes place at a time when the Greeks are in a difficult position, they are being threatened by furious attacks from Troy led by Hector.  It is all they can do to stand their ground.  Homer describes the scene in the following way “they stood firmly as a wall, a vast sheer cliff facing the foam flecked sea, unshaken by howling gales and towering breakers beating against them1″.  Why do I quote this passage?  Because it symbolises the way in which human beings are capable of perceiving and understanding themselves.  On one hand, man constantly projects himself onto the world and this leads them, in this example, to interpreting the immobility of the rock, against which the waves are constantly beating, as being a resistance opposing the waves.  Men find it necessary, without even realising that they are doing it, to project themselves onto the rock, to feel its immobility as a way of “standing firm”.  However, on the other hand, it is the image of the immobile rock facing the waves which enables man to understand and express how he himself behaves when he is faced by the attack of an enemy army.  We could, of course, say that “Homer is a poet and as such he expressed himself with metaphors”.  But consider this, how could we possibly describe the Greek resistance in the face of the Trojans if we were to do away with all the metaphors?  It may, perhaps, be achievable if we were diligent.  However, on one hand the result would be far less “eloquent” than Homer’s tale and on the other, our efforts to eliminate the metaphors in place of concepts would only give rise, in the end, to creating deception, because metaphors are to be found in the very origins of concepts.  Nietzsche captured it perfectly when he stated that “The concept, which is as bony, four-square, and transposable as a die – is nevertheless merely the residue of a metaphor”

Santiago de Compostela: launch of the One of Us Observatory on the dignity of the human person in Europe
14 October 2019
Rechercher | Research
Études et analyses | Studies
Dernières publications | Last articles
Go to Top