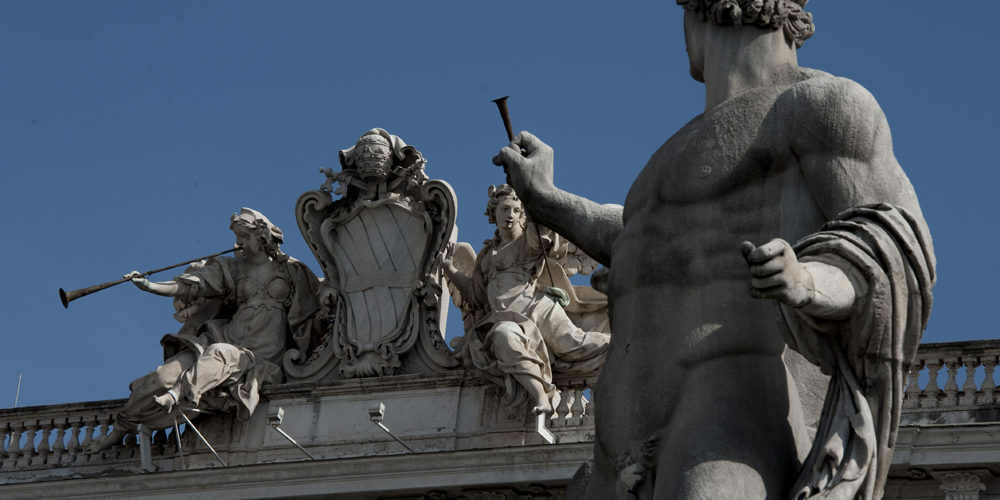 THE CONSTITUTIONAL COURT OF ITALY has decriminalised assisted suicide under certain circumstances following the outlines established by the 219/2017 law regarding the provisions for living wills and by means of order number 207 of 2018 and sentence number 242 of 2019. Assisted suicide has to date been forbidden as stated by article 540 of the penal code. This decision has given rise to great debate, also because the Court has shown scant regard for the rules of democracy, bestowing upon itself a power which it does not in fact possess. This disregard is why so many now share common feelings of indignation and bitterness towards this grave social defeat. A defeat which affects every corner of society. Regrettably solidarity will suffer negative repercussions and our ingrained reasons for closeness and care will diminish with tragic consequences for the National Health Service (SSN).

In a context which we under no circumstances approve, but which we must, however, face there are two aspects which we feel need to be addressed. The first is that the Constitutional Court has decriminalised assisted suicide in certain circumstances, and yet no doctor has the right to assist anyone in committing suicide, even where specific cases found within their consultancy are concerned. This is a notable difference when compared to the abortion law which establishes the duty to carry out the ‘intervention’ on the basis of a document “signed by the woman where she certifies her pregnant state together with the request in question”. Where assisted suicide is concerned, it is not necessary to implement conscientious objection, as “the decision as to whether, or not, to fulfil the patient’s request is entrusted to the conscience of each individual doctor”. The doctor may simply freely evaluate on each separate occasion how they wish to behave, without having to fill out forms or to draft documents should they decide to refuse to collaborate, as is, however, the case regarding voluntary abortions. It can, nevertheless, be said that there remains the underlying awareness that the medical profession, in order to remain faithful unto itself, cannot become a bestower of death. The Code of Conduct is therefore respected as covered by art. 17 which states “The physician, even when so requested by a patient, must not perform nor facilitate actions the objective of which is to provoke death”. The physician’s freedom is safeguarded by the general principle stated in art. 4: “the foundations of the medical practice reside in the freedom and autonomy of the profession and which are an inalienable right of the physician” and in art. 22 (“refusal to provide professional services”): “the physician may refuse to provide professional services when that which is requested enters into conflict with the physician’s personal conscience or with their personal technical or scientific beliefs”.

A second important question concerns the introduction of an effective palliative care and pain therapy structure as well as the requisite conditions to be able to access assisted suicide. These conditions include irreversible pathology, dependence on treatment to sustain life, the mental competence to decide freely and with understanding, and intolerable physical or psychological suffering. These are conditions which, contrary to what may at first seem to be the case, are in fact open to flexible and diverse interpretation. Nevertheless, and this is the crux of the matter, it would be a “paradox”, states the Court, “not to punish aiding a suicide without first having verified the effectiveness of the right to palliative care”. The matter of palliative care and pain therapy is fundamental and goes over and above the arguments in its favour, there is much to be done to make this care and therapy practically accessible to all members of society and throughout the whole nation. Regrettably, there is, however, law nº. 38 of 2010, a law which is still neither sufficiently well-known, nor above all, applied in all aspects.

There is lastly a third point which also deserves attention : the verification of both the conditions which justify assisted suicide, and that the corresponding procedures to be followed are entrusted to a public sector organisation which include the “involvement of a third party collective body which is equipped with appropriate competence, and which can guarantee the protection of particularly vulnerable situations”. Namely, the SSN will be responsible for supervising access to and medical procedures for assisted suicide, yet nothing is said as to where this should take place, nor who should actually be the ones to perform this task. If on one hand, it is hardly convincing that the SSN, in other words the community, assumes the responsibility in some way for a death service, on the other hand, it does impede the creation of large private structures dedicated to providing death on request. It will not be possible for interested parties to offer an “all inclusive” package, and each individual request must pass examination by the public sector which does not gain profit from such activities. In short, in this way, the SSN is obliged to verify both the access conditions and the procedure to be followed, yet it is not responsible for ensuring the structure nor the personnel for assisted suicide.

All things considered, it is therefore a priority to undertake a 360 degree commitment on medical, cultural and educational levels to promote support, solidarity and genuine care relationships, as well as more specifically to endorse the fact that what is needed is the provision of loving care and protection to those who are afflicted with illness, disability and suffering, situations which require care and attention and not induced death. Doctors are on the front line and their responsibility is undeniable and considerable as once again the right to human dignity and relief from suffering is at stake. Suffering is not fought with lethal drugs, but with pain therapy and palliative care. It is clear that behind the introduction into society of assisted suicide, as is euthanasia, there is a culture which is unable to recognise human dignity in illness, in disability and in the elderly and which exploits the subject of freedom. A throw-away culture. It is necessary to react and not to succumb. It is necessary that palliative medicine and pain therapy are available throughout the whole nation, that genuine compassion and true solidarity are reinforced, because as we have reiterated so many times, death is accepted, not caused. This is civilisation.