The Popular Front, to state the obvious 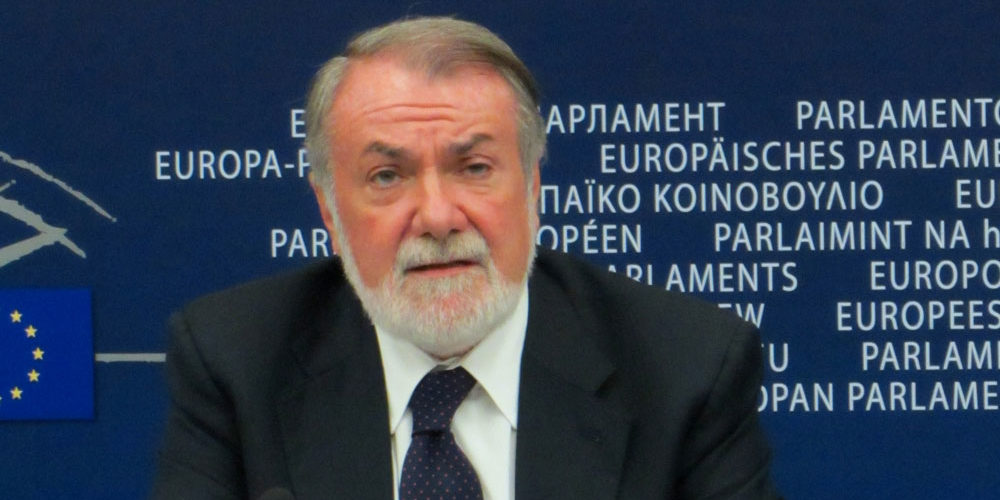 THE FRENCH PHILOSOPHER Fabrice Hadjadj, in his excellent book The Luck of Being Born in Our Time, reminds us that one of the most resounding manifestations of the depth of the crisis is that defending the obvious is the most difficult thing in our society today. The more obvious a reality is, the more difficult it is to defend. This assessment by Hadjadj fits like a glove when it comes to analysing the nature, attitude and behaviour of Spain’s current government, a Popular Front.

The PSOE, Podemos and Bildu agreement concerning the repeal of the labour reform has caused surprise and commotion on the political and social scene. We have no right to be surprised, because this agreement is absolutely logical and consistent with the nature and evolution of a process that started with a framework agreement between Rodríguez Zapatero and ETA. It is worth remembering that in this case, ETA stopped killing and Rodríguez Zapatero, in return, offered another society, a radical and profound change in the social, territorial and moral order of Spain.

Three obvious truths mark the start of this article; There is a process, we have installed a Popular Front in the Government and this latter agreement has nothing to do with the pandemic, but must be placed exclusively at the heart of the process described. With each passing day, the character, the meaning of the Popular Front that governs us becomes more obvious, but nevertheless, in each concrete expression of it, the lack of a diagnosis of the root, nature and depth of that framework agreement in many of us, becomes evident.

When a ruptured Front is able to emerge, to become a government, to bury our democratic transition and above all to replace one social order with another, nothing happens by chance or by improvisation, certainly not by apparent clumsiness. Each and every one of the measures is part of a whole, a plan, a strategy. The fronts, as they cannot be presented in society, because they are unpresentable, are twisted, sinuous, due to their opaque character, and always need, after each of the acts, to try to dissimulate, to hide, in short, to deceive, behind them.

We must never forget that this process has been incubated in Spain since at least 2004, and has matured, has overcome some certainly difficult situations, such as an electoral defeat in 2011. But it has resisted, and far from disappearing, it has resisted more alive than ever, so our biggest mistake would be to disregard it, both for its entity and for its danger, simply trusting that the lousy management of the pandemic will mean its end.

We cannot judge and value them as a coalition government, or simply a Frankenstein government, because they are not. We are governed, or rather, ungoverned, by a process that brought about Mariano Rajoy’s motion of censure in 2018, the Catalan “trial”, the government among nationalists, “Podemos” members and socialists in many communities and town halls, and the current government of the Popular Front in Spain.

The pandemic, the tragedy we are suffering, that is, an external virus, was obviously not in their plans and forecasts, but it is not going to change that by any means. On the contrary, it is going to be a catalyst and accelerator of a great debate on the model of society, which is what is really going to be questioned after the very profound social crisis that we are about to experience on the immediate horizon. As we move away from the highest peak of deaths and infections, so the process described prior to the pandemic, which was certainly an authentic internal virus that had already planted us in the mess, will appear more and more.

A Popular Front that has not stopped operating, another obvious remark, because it is the sole political and social project that has been established in our society, under the leadership of President Sanchez just as Rodríguez Zapatero did in his time, let us not deceive ourselves. The disagreements between members of the Government – which I do not deny exist – the difficulties with the veterans of the Socialist Party and the socialist presidents of the Autonomous Communities, which I do not deny either, are anecdotes that are not going to alter the process that will remain unchangeable. Each and every one of the parts of the Front, without exception, need the existence of the process, they cannot live without it. Let us abandon all hope in this area. And those of us in politics and beyond who are distressed by this unreasonableness, this new historical nonsense, let us concentrate all our efforts exclusively on the search for and establishment of an alternative, both in the political and cultural domain.

It is no coincidence that the leader and orchestra conductor of the Popular Front, that is to say, President Sanchez, has promoted and facilitated the prominence of Bildu-ETA. It is no coincidence that, on the contrary, Esquerra Republicana de Catalunya decided to distance itself from this new declaration of alarm for electoralist reasons, in view of the competition with President Torra and his party, “Juntos por el Sí.”

On this occasion, recalling the origin of the process, the protagonism of Bildu-ETA was needed, and at the same time, strengthening the left-wing front in the Basque Country, especially in view of the immediate electoral call of July 12. If in Catalonia it seems that the Popular Front is well established, in the Basque Country a strengthening of the left-wing Front was indispensable for its plans, that is to say, the alternative to the Basque Nationalist Party, from Bildu, Podemos and the Socialist Party. The PNV is in the Front, but it is on the secondary level, since Bildu is clearly its main reference.

Each and every one of the events that have taken place under the direction of Sánchez, who embodies the project of the Popular Front like no one else, is perfectly obvious. This Popular Front, another new self-evident truth, has the major objective of undermining, replacing, and substituting a social order, destroying freedom along with the Christian values of our society. Our primary duty is to understand the nature of it and to act accordingly, because otherwise its lethal character for Spain will be definitive.

The alternative, let’s not kid ourselves again, does not exist at present. There are parties that are in competition with each other. The alternative will not exist, so long as we continue to think that we must do as we have always done : embracing the lesser evil, waiting for the error of the opposition, forgetting about the existence of a powerful project and process based on the Front, without jointly proposing anything. An alternative to a Front and a process is going to require much more, first of all, understanding it, recognizing the popular Front as being obviously that, and acting accordingly, with greatness and generosity, in order to generate an authentic alternative project that serves to defend the historical and cultural order of the Spanish nation.

Coronavirus : what model of society after the crisis ?
2 July 2020

Guillaume Bernard : “The crisis has accelerated the slide towards ‘soft totalitarianism’”
26 June 2020