Webinar, Amsterdam, June 29th: “Individual identity of the human being in the postmodern era”

You are here:
Événements 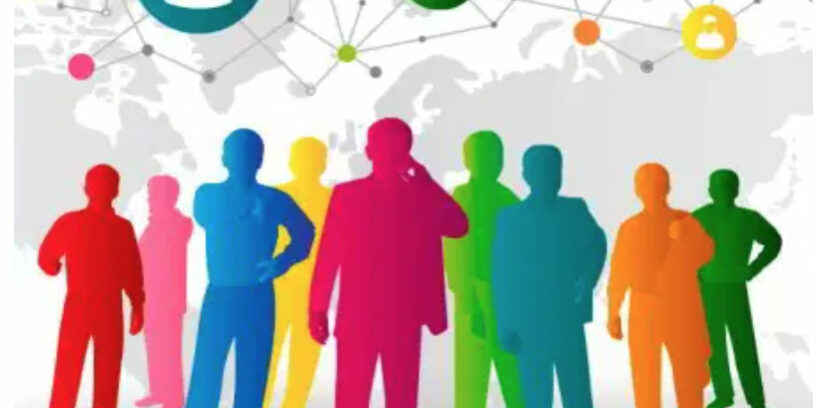 Individual identity of the human being in the postmodern era, in which the prevailing individualist logic endangers values that classical humanism associated with the condition of the autonomous subject, while promoting the existence of a narcissistic and hedonistic individual who withdraws into his private life. Human being must relate to the world in accordance with those principles that govern his/her human identity: freedom of opinion and conscience, justice, respect of the fundamental rights, etc. It is within this framework that the individual acts responding to the situations posed by its environment and developing a “filter system” to preserve his own identity. In this area, one of the most convincing achievements of the global communication community has been the creation of a remote-controlled and dense network of stimuli and information that greatly hinder the ability to individual response. The overabundance of stimuli narrows the space of individuality to the extreme of turning the individual into an undifferentiated element of the masses.

Simultaneous translation in the following languages: Spanish, English and French.

Respect for the rights and responsibilities of each individual, made in the image of God, is a precious legacy of the Judeo-Christian West. However, with secularization and the advent of the postmodernist disregard for truth, many in the West have forgotten that we individuals are not fully autonomous. We exist in community, as social beings. And among everyone’s foremost responsibilities is to respect the rights and responsibilities of others, to strengthen community and to be of benefit to our fellow human beings. This talk will propose that the true fulfillment of individual rights can occur only in solidarity with others.

Today, self-identity no longer seems shaped primarily by traditional social values. Rather, identity seems something to be created ex nihilo: perfect, wholly unique, authentic and something that deserves to be respected unconditionally. What are the roots of this new kind of identity-formation, and what are the effects on the social fabric of Western civilization? These are the issues that I will be dealt with in this contribution.

The modern individualist paradigm has carried over into our postmodern age. Postmodern thought addresses important questions like identity and social justice, but needs to explore these themes more deeply. Here we propose a hopeful realist approach, which focuses on the human person as a relational being, called to contribute to society in an unique and personal way. For Europe to discover its future, it needs to foster an open family atmosphere, a stimulating sense of filiation and fraternity, in which each person is valued and helped to discover their personal vocation in service to other persons and to society as a whole.

Todd Huizinga is the senior fellow for Europe of the Religious Freedom Institute and a member of the faculty of the Christian Open Academy in Ukraine. A U.S. diplomat from 1992-2012, Huizinga served as deputy chief of mission at the U.S. embassy in Luxembourg and political counselor at the U.S. Mission to the European Union. He also served in Germany, Ireland, Mexico and Costa Rica. Todd is the author of The New Totalitarian Temptation: Global Governance and the Crisis of Democracy in Europe and Was Europa von Trump lernen kann (What Europe Can Learn from Trump), released in Germany in 2017. Huizinga has been a keynote speaker for Hillsdale College, the Hudson Institute, the Heritage Foundation, the Federalist Society, the Ukrainian Catholic University and at other events in the U.S. and Europe. His articles and essays have appeared in leading publications in the United States, Germany, the Netherlands, Hungary and Australia. Todd holds a B.A. in Music and German from Calvin College and an M.A. in German Studies from the University of Wisconsin-Madison

Hans van de Breevaart graduated in History and holds a PhD in Religious Studies from Leiden University. He is currently working at the Guido de Brès Foundation, the Research Institute for the Dutch Reformed Political Party (SGP) in the Netherlands. His Threat or Opportunity? A Christian Perspective on Populism in Europe is soon to be published by Sallux, think tank of the European Christian Political Movement (ECPM). Together with his wife he has four children.

Daniel Bernardus van Schalkwijk received his MSc in theoretical biology from the Vrije Universiteit Amsterdam. After graduating, he completed his PhD project at Leiden University and TNO on computational modeling of lipoprotein metabolism. Daniel has a broad interest in the human heart and likes to help people to get to know their own hearts and find the way to integral personal growth through non-fiction and stories. He writes for people of all backgrounds who are interested in personal growth, and are open to be inspired by an interdisciplinary perspective that integrates insights from science, philosophy, and (catholic) Christian religion and spirituality. His author website is www.danielbernardus.com