You are here:
Événements 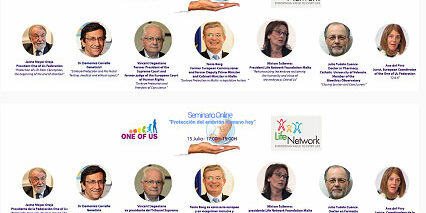 Modern advances in science and medicine have changed the landscape as to how we see life. Today, new embryoscope technology has allowed us to see the miracle of life from the very moment of conception. The previously unseen process by which a single fertilised egg multiplies into a cluster of cells and becomes an embryo can now be documented and followed right up to birth and after. Scientific progress has also widened the possibilities of unjustifiable and unethical intrusions in the very first days of an embryo’s life. The silent ongoing destruction of embryos on a massive scale worldwide is a matter of concern to all of us. The practice of genetic testing under the pretext of ensuring the birth of healthy babies means that only ‘healthy embryos’ are allowed to survive. This practice is not only unethical but also   in most countries serves as a justification for the acceptance and extension of so- called eugenic prenatal testing and extend to abortion or reproductive rights. In this seminar we strive to highlight the need to protect the embryo and analyze the different practices endangering an embryo’s life: the ethical and legal dimension of the problem, and practical solutions to limit this abuse.

Simultaneous translation in the following languages: Spanish, English and French.

Jaime Mayor Oreya, President One of Us Federation : Protection of Life from Conception, the beginning of the end of abortion