Half-lies can be more dangerous than lies 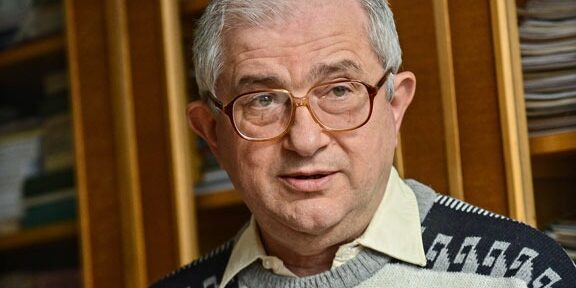 Text of the communication to the Webinar of May 27 (Budapest): “Truth as an answer to relativism”. — The introduction to the program is a text which for me has a philosophical flavour. As a mathematician, I am not accustomed to such lofty terms and I can’t speak in that style. I can only remain more down-to-earth, and most probably I will waste your time by preaching to the converted. I am sorry for this. As a scientist, I can only say that truth exists, although we sometimes don’t know it or don’t know it as yet. Now let me come to my stories.

40 years of my life in a communist country

I spent more than 40 years of my life in a communist country, which declared openly to be a dictatorship of the proletariat. It was indeed a dictatorship, first very cruel and later (beginning with the mid 60s) milder, but in 1956 at the latest it turned out that the proletariat did not support this system. Hence saying that it was a dictatorship of the proletariat was a lie. The whole system was based on lies and half-lies, often called ‘scientific evidences’, and by time this became clear to more and more people, people knew that the newspapers and also the schools lied in many things, although many people didn’t dare to say this to their children, and only relatively few people realised how far-reaching these lies were. It was considered as a serious criminal offence if someone said this openly. People who made efforts to think seriously sooner or later understood that half-lies can be more dangerous than lies because their falsehood was not so obvious. Another characteristic feature of communist thinking was self-conceit voluntarism, one aspect of which was the aim of transforming nature. An example of this was to reverse the flow of streams. Formerly the Aral Sea in Central Asia was the fourth largest lake in the world. It began shrinking in the 1960s after the rivers that fed it were diverted by Soviet irrigation projects. By 1997 the lake had declined to 10% of its original size and deterioration continued. By 2014 the eastern basin of the Aral Sea has completely dried up, for the first time in modern history. The shrinking of the Aral Sea has been called ‘one of the planet’s worst environmental disasters’. Its region is heavily polluted now, with consequent serious public health problems.

These communist tendencies are proliferating

I am very sad to say that in the world of the white populations these communist tendencies are proliferating. As an example: every biologist knows that in every human cell it is inscribed whether we were born male or female, and no surgery or feelings or mental indoctrination can change this. But many social scientists and politicians deny this and want to change nature, cost what it may. And those who speak up against this are persecuted in a way which is at least as bad as we knew in Hungary in the 70s if someone dared to speak against the ideology of the system. Likewise, no biologist would deny by now that a human embryo is a human being, but if someone takes the courage to claim that, consequently, human rights must apply to them then the person is slandered as hostile to women and may consequently loose his or her job.

Another instance like a false transformation of nature is enforcing a change of our languages. The underlying idea of political correctness is that if nobody speaks about something than it doesn’t exist. In communist Hungary it was introduced that the use of old Hungarian names for several nations and geographical objects in neighbouring countries was forbidden, claiming that this would be an offence to those people. There was nothing wrong, however, with calling Poles ‘lengyel’ instead of ‘polak’ as they say, or saying ‘Bécs’ instead of ’Wien’ for Vienna. I don’t think that violating old rules of our languages brings any good fruit.

I was a university student in the second half of the 60s. In 1968 we were very excited about the Prague Spring (of course we spoke about it only in very small circles of people whom we trusted, and not openly). In September 68 I had a long discussion with a course-mate whose parents were high-ranking communists. The two of us agreed that destroying this attempt of socialism with a human face was very bad. Some months later, this course-mate came to me and said that they had some foreign comrades, friends of his parents, as guests in the family, and they had explained to him that the proper question was not whether there should be freedom of speech but freedom of speech for whom? I am very sad to see this mentality ruling in the Western part of Europe and in North America. Do we really have democracy there?

I was brought up in Christian spirit. I learned that in the New Testament Satan, the Devil is also called the prince of lies, the father of lying. I don’t believe that a healthy society can be based on lies or half-lies. Replacing reality with dreams is detrimental, in serious cases devastating. 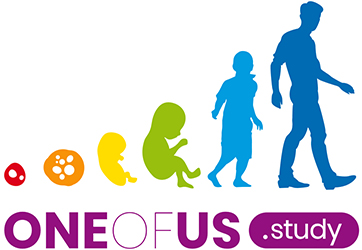